This following post was only possible thanks to my good friend Mattia Paganelli, who out of the generosity of his heart, shared with us this absolute groundbreaking win during the iOS14.5 nightmare. Enjoy 🙂

Tweak #1: Cutting our CPA in half

Look at the screenshots below…

Those are recent stats from 4 of our campaigns.

And do you know what’s crazy?

Those campaigns are 100% identical EXPECT for one little detail…

The crazier part… We were about to shut it down since we were losing money for 2 consecutive months.

You won’t believe what this little detail is since it’s THE OPPOSITE of what Facebook recommends.

We changed the conversion event.

Custom conversion = is the one you create through Facebook.

You select the URL, and when someone hits the page, the custom conversion triggers (it’s actually very inaccurate, it counts much more conversions than the reality, but whatever. It works!)

But end up losing money EVERY TIME I try to switch to the “recommended” purchase optimization.

Now, I don’t know why this happens. Maybe because we hit very different people with our messaging (the gym-goer, the busy guy/gal who wants to train from home, etc.).

Or maybe it’s just because Facebook is so fucked up at the moment.

The point is, I had undeniable proof it works MUCH better than the standard purchase event.

And, of course, I create a new custom conversion for each offer (which is a pain in the ass since you are limited to 8 events per domain).

So above, I talked about the “​​custom conversions fix.” That’s how we revived one offer that was struggling in the fitness space.

However, that “fix” didn’t work for our company in the pet space (it worked something else).

Unfortunately, that didn’t last much.

We tried with new publics… New creatives… And even with the custom conversion event (we were optimizing for purchase until May), but NOTHING.

Nothing was working anymore and we had to stop our campaigns.

Which is insane and the first time that happened in about 3 years.

So after testing pretty much ANYTHING, a friend gave us a strange advice.

So we did that here’s how it went.

In the screenshot below, you can see the performances of the last few days of two campaigns: one optimized for purchase and the other for initiate checkout.

Everything else is the same.

The same pattern we saw in the fitness Business Manager.

The clicks, CTRs, and CPMs are fantastic, but the conversion rate sucks tremendously.

Now, let’s look at the other campaign…

Those stats are aligned with May, which was our best month to date…

And are holding strong for about 20 days. Basically, the “Initiate checkout” conversion event saved our company.

…just by changing this tiny setting.

Which is more than crazy if you ask me. So, after looking at these stats…

We decided to try the same optimization in the fitness company.

Look at the stats.

If we look at an IDENTICAL ad group optimized for custom conversion during the same day:

So, right now, Facebook is entirely crazy and unpredictable.

Look at the stats of the two identical campaigns I attached below:

We were losing an insane amount of money.

But if you look at CPMs, CTRs, and CPCs…

Those are all incredibly good.

So you would think this is an offer / VSL problem… That’s what we thought too.

Here is the recent performance of an identical campaign optimized for the CC:

• The CPM is double;

However, the VSL conversion rate exploded.

We are now running other tests to see if you can find any other data worth sharing.

Though, the main thing is:

If your offer recently unexplainably died, don’t give up. Instead try another conversion event.

If we hadn’t tried this, we’d now have two dead companies.

Instead, we are having the best months ever with one, and scaling back up the other 🙂

P.s. Add me to your Facebook friends to connect 🙂 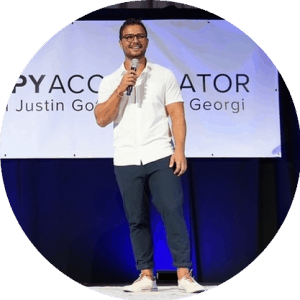 This is the marketing blog of Peter Tzemis. Here you’ll find all the best proven, in-the-trenches split test wins (and losses), to make more sales, convert more customers, and stuff your bank account with A LOT more money. If you have any questions, or want to contribute, or just want to connect, feel free to hit me up at peter@petertzemis.com